If you have been reading my blog of late, you will know I recently became a distributor for The Body Shop. I chose this brand to represent as I believe their products to be fantastic, plus the company itself has a heart.

One of their current campaigns is to help stop child sex trafficking, which is now the world’s no. 3 biggest criminal industry with an estimated 10 million child prostitutes in the world . There are more slaves in the world today than ever before, and there are children as young as three years old being stolen or sold and forced into sex slavery. And one of the most shameful things I can say for Australians is that some of us are feeding this industry and raising the demand for more child sex slaves.

Cambodia is a well-known child sex holiday destination for Australians, something in my own naivete I was not aware of until recently. I always knew the industry existed in Cambodia, but I hadn’t connected the dots to Australian men being involved in child sex tourism. It just seems so unbelievable, but it’s disgustingly true. Here’s the good news: if any Australian engages in sexual activity with a child in a foreign country, it is punishable under our laws.

IT IS ILLEGAL FOR AN AUSTRALIAN CITIZEN TO:

Australians who commit such offences overseas can be investigated and prosecuted under Australian law. The penalties for these offences include imprisonment for up to 25 years for individuals and fines up to $825,000 for corporate bodies.

Okay, so obviously by now you are outraged and must be wondering how you can help. First and foremost, you can blow the whistle on anyone you suspect may be engaging in any of the above offences. If it is someone you know, contact your local authority. If you are overseas and witness anything suspicious involving a child, contact the local authority there and the Australian consulate.

The other way you can help is by supporting Child Wise, an organisation hell bent on protecting children in Australia, Asia and the Pacific from abuse and exploitation. They raise awareness of the child sex slavery problem, and support thousands of children and families that have been affected by child sex trafficking in Cambodia.

The Body Shop is supporting Child Wise by donating 100% of net profits from their Soft Hands, Kind Heart hand cream. The cream itself is moisturising, but non-greasy and smells great. It is also made of Community Fair Trade olive oil and is infused with Angelica extract, known for its protective and soothing benefits. It has a great fragrance, which is a very fresh citrus and floral blend.

Now, I don’t mind where you purchase this product, as long as you do. You can buy it from me, or your local Body Shop. It’s $10.95, which is a very small price to pay to help child sex slaves. Personally, I’m buying one for everyone for Christmas and it will be part of every single birthday present –  for male or female – I need to buy for the length of the campaign.

If you are going overseas, you may also like to print and keep on hand the Stop Child Sex Trafficking Activist Kit to help you remember to always be a socially conscious traveller and record any incidents you witness. It includes details on what you should do if you suspect a child is in danger.

Now, go hug a child to make yourself feel better. I’m off to hug mine.

I'm Sally. Makeup artist, bridal specialist, editor, mum to three boys - one humankind, two fur. Passionate about cruelty-free beauty. I love talking and writing about beauty products and tips, and sharing the pretty faces I encounter. Please, do join me.

I’ve created a look book to help you discover your makeup style. 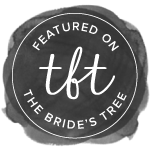